Get Involved and Join

The Greens are a political party that fights to protect the environment and drive progressive social change. Unlike the Coalition and Labor, the Greens don’t take donations from corporations looking to buy influence. We have something far more powerful: a huge movement of people just like you.

Anyone can join the Greens and get involved in the Marrickville local group.  The Marrickville Greens meet on the third Monday evening of each month to discuss local issues and build our grassroots campaigns. If you’d like to come along, sign up to become a member of the Greens NSW here.

About the Marrickville Greens 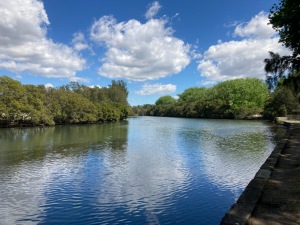 Our History – We Make a difference

Federally, The Greens have fought against coal and climate change. The Greens helped establish the Renewable Energy Target (RET), the Clean Energy Finance Corporation (CEFC) and the Australian Renewable Energy Agency (ARENA). These have been important governmental instruments of change. The Reserve Bank has called the RET a key government policy for driving renewable energy projects in Australia while the CEFC and ARENA have resulted in $8.5 billion being directly invested in clean energy-related projects in Australia since 2010 . These Green initiatives are still transforming energy production in Australia.

At a state level the introduction of a Container Deposit Scheme (CDS) was a great achievement for environmental groups and the Greens NSW. CDS had long been an objective of the Greens and the broader environmental movement. In 2008 the Marrickville Greens even initiated its own container buy back scheme. In 2012 NSW State Greens MPs Jamie Parker and Cate Faehrmann joined with Clover Moore MP to launch a bill to establish a container deposit scheme (CDS). Eventually, in 2016, a bill was passed through State Parliament supporting CDS and the scheme commenced in 2017. CDS has been successful in removing millions of tonnes of rubbish from the litter stream and reducing plastics entering our waterways and oceans.

In local government Marrickville’s Green Councillors have made sure the best environmental standards are reached when community facilities are being constructed. The Greens championed the 50m Enmore Pool project. This provided a great community facility that was fitted-out with a cogeneration heating/cooling plant and a 30kW solar panel system. Likewise Marrickville Library! Green councillors fought for a park in front of the library to provide much needed open space and connect the existing heritage hospital building with the modern extension.

There is much more that the Greens have campaigned on, from Asylum Seekers and Light Rail to street treatments, trees and Alternative Waste Technology.

Locally we have always said “Council needs its Greens”. The past 30 years have shown that NSW and Australia have become better with The Greens being a permanent part of the political diet.